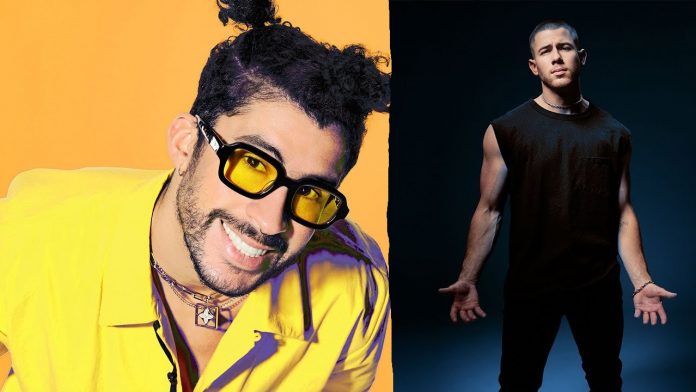 Bad Bunny Is A Champ

This is not Bad Bunny’s first SNL appearance.  He first appeared during an “at home” SNL segment in 2020.  In fact, even before Bad Bunny could get off his first song, he was part of a pre-recorded skit when he played a plant singing to Ego Nwodim telling her that she’s going crazy staying at home in quarantine.  He also had a part in a sea shanty skit playing the ships navigator.  So Bad Bunny was pulling off more than the usual musical guest.

For his first song he took the stage with Rosalia and burned it down!  Not surprising at all.  These two performers have amazing chemistry (rumored dalliance denied) which is needed to perform this song about a night of pure passion.  Bad Bunny followed this up with a solo performance about a failed relationship and his apology to his past love.  A much shorter song, clocking in at around 2 ½ minutes, Bad Bunny shows off his singing chops….and his 24/7 Championship belt which he won at a recent WWE event (and needs at least another month of holding the belt to become the longest reigning Champ).

Nick Jonas Does A Solo Gig

Nick pulled off a feat that has only be done 34 times…out of 880 shows…only 34 times…and that’s pulling double duty as the guest host and the musical guest!  This appears to be a great move on his part as Jonas vaulted to the top of some music charts on the back of his performance. Nick’s stint as guest host saw him in several skits that featured a musical number, but included, a hard not to be funny, monologue that saw Nick trying to assure his brother that the Jonas Brothers were still a thing.

Both songs come from Jonas’s forthcoming album, Spaceman, and he lead off with the same titled song, “Spaceman.”  This is a bit of a Covid-19 theme song, or a way to express what people have felt during quarantine, about being disconnected from others or from the world as a whole.  His set included an 80’s style boom box with drummer and keyboardist on top, but that’s the closest this gets to an 80’s style pop song.  His second setisn’t exactly a love letter, but “This is Heaven” is his way revealing his desire to reunite with his love, Priyanka Chopra.  I love that Jonas used SNL’s musical director, Lenny Pickett, for the saxophone solo.  Especially since the magnum opus that is the SNL theme song strongly features the saxophone.

Both Bad Bunny and Nick Jonas showed off their pipes in their stints as musical guests.  Both came in with strong performances.  Both in their own styles.  I cannot recall any musical guest performing in Spanish, for both songs, for the full songs.  I believe that’s an SNL first.  Then there’s Nick.  Going solo and showing that he can hold his own as an individual and as someone that can be funny on top of hitting his notes.

Throughout history, people have often said “the shot heard round the world.” Some might think immediately the game winning home run by...
Read more
Entertainment