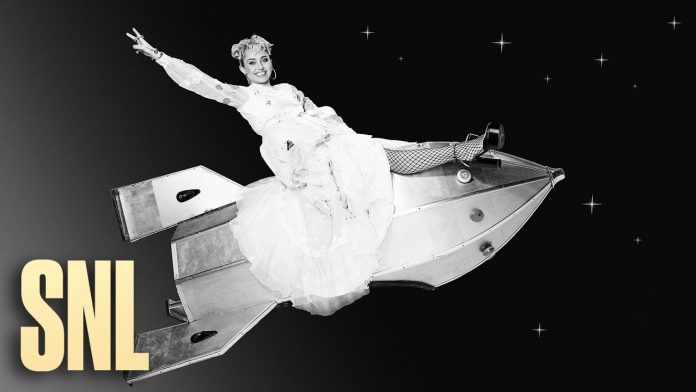 It’s been a minute and I might have missed a couple of musical guests, but after a little hiatus, I’m back and so is SNL!  They returned with Elon Musk as their host and Miley Cyrus as the musical guest for S46:E18.  The good news, Miley was the cold open.  She paid homage to her godmother, Dolly Parton, in singing “Light of a Clear Blue Morning.”  Miley does a great job of covering this song.  In my mind, a cover stays true to the original, but an artist should put their own spin on the song and that’s exactly what Miley does here.

Miley’s first song included the Australian teen sensation The Kid LAROI (I had to look him up, because I confused him with Shawn from Boy Meets World).  While Miley is the musical guest in this show, this is, straight up, a The Kid LAROI song.  if you ever wondered about those tik toks where they use “Body” by Megan Thee Stallion and then cut to “can’t make a wife out of a hoe”, well, that’s this song. Brilliant.  Miley basically inserts herself in this song and makes it a duet.  Despite that, they’re a great combination and the song certainly works as a duet.  Especially with, who I can only assume is Jeff Hardy of WWE fame playing guitar.

Cyrus finished off her set with a single off her last album, Plastic Hearts.  The song of the same name is a nice little rockditty where Miley shows of her rock bona fides.  Despite that, she can’t fully commit to the Rock and Roll style.  Here, she’s donned in a Flamenco style dress and the song still has a poppy feel to it.  Can she ever shed the teen pop sensation that she was?  Does she want to?  Does she need to?

Miley also had a turn in a skit where she plays a colonizer on Mars in Chad on Mars.  She had a great role in this skit, but her best contribution to this SNL episode was her turn on the mic.  I’ve said it before, and I’ll say it again, Miley can easily be the Joan Jett of our generation.  She has the musical chops to pull it off, but she just needs to commit to the Rock and Roller that lives inside of her.  Then again, maybe she doesn’t have to be.  Maybe she can finally pave her own way and be a pop/rock/country sensation that we’ve never seen before.

Throughout history, people have often said “the shot heard round the world.” Some might think immediately the game winning home run by...
Read more
Entertainment