Home Lifestyle I am a Terrible Friend to Tony Frisco
Lifestyle

I am a Terrible Friend to Tony Frisco 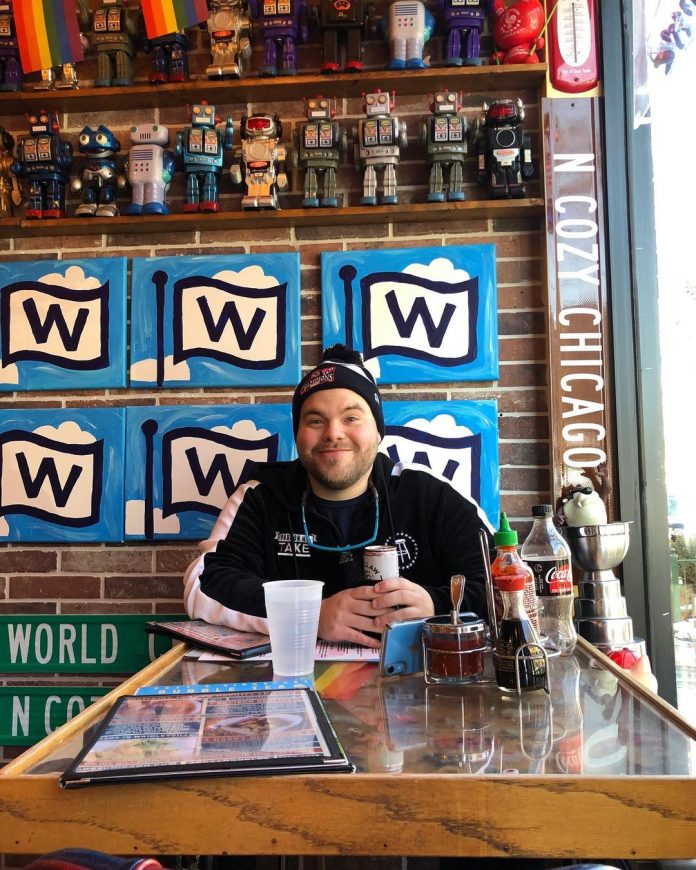 Tony Frisco and I have a friendship built on a pretty traditional basis of obscure references, 90’s cartoons, Grateful Dead (and the band’s merch), and worshiping at the altar of our lord and savior, John Clayton Mayer (JCM for short). We were introduced through work, realized how much we equally despised the clientele we worked to support, and got to talking about these shared interests.* Our friendship quickly blossomed like the foam on a newly opened, great tasting, less filling, Miller Lite. We moved our conversations out from our cubicle prisons and into the more refined quarters of A.J. Hudson’s in Chicago to catch a Liverpool footy match on Saturdays.** Hell, if the time is right, we might even get the boys to join us on some “Truly, Madly, Deeply.”

All of this is to say that the three-plus years I’ve known Frisco have truly enriched my life. Guy is a Grade-A stand-up gentleman. And upon further reflection, I truly don’t deserve him.

Allow me to explain.

I have a complicated relationship with social media. It’s probably best that we just get to this now, so we can set a precedent for my blogs moving forward, but I just can’t spend time on social media for too long. Too often, when I have danced with the dopamine devil, I’ve gotten notifications at the end of the week saying my screen time had increased to over 55% for the past seven days — All the way up to 7 hours and 43 minutes a day.*** So, needless to say, I try to keep the Twitter, Facebook, and Instagram cult-like devotion to a minimum. And by minimum, I mean, to hell with all of them. Yes, I do have accounts on those platforms. No, I’m not going to ever share them with you, so kiss my ass. They mostly sit dormant for months on end until curiosity eventually gets the best of me. I check them through Safari because, let’s be honest, I don’t have the apps for them, and I see if anyone has reached out to me for any reason. Of course, no one does.

Except for one man. And you already know who it is…1988 National League MVP and World Series hero, Kirk Gibson.

Of course, that was in a very vapid and somewhat too realistic dream I had.

In actuality, Tony Frisco is the lone soul that reaches out to me on “The Gram”. And you know the truly kick-to-the-crotch sad state of it all? He reaches out to me at least three times a week and never hears back from me. He sends me delightful memes, new Dead merch, John Mayer clips, the works. You name it, the man tracks it down and sends it to me.

And do you know what he gets in return? Nada, zilch, a big fat nothing.

I never give my seal of approval, I never reply, I never even give him a simple “heart” to let him know I approve. It’s just take, take, take on my end. Truly a selfish bastard if ever there was one.

So I come before you today, a truly humbled man; humbled by the overwhelming love and devotion of a truly great confidant, meme peddler, and friend. Thank you, Tony Frisco. Even though I never acknowledge your wealth of content in the virtual dump that is social media, just know that I’m always watching and appreciating.

*If you’re my employer, and you’re reading this, of course this is all for comedic effect…

***Some of you are saying “amateur hours” as you read this right now, and for you I truly feel the deepest amount of sympathy and pity.

FROM THE DESK OF THE CHIEF EXECUTIVE OFFICER: Today, I decided I would show my support towards “A Couple”...
Read more
Lifestyle

Let me paint you a picture. Nicole and I just finished up an amazing homemade dinner (steak, veggies, and rice) and it...
Read more
Lifestyle