‘Dune’ Bites the Dust (We are Officially in the Darkest Timeline) 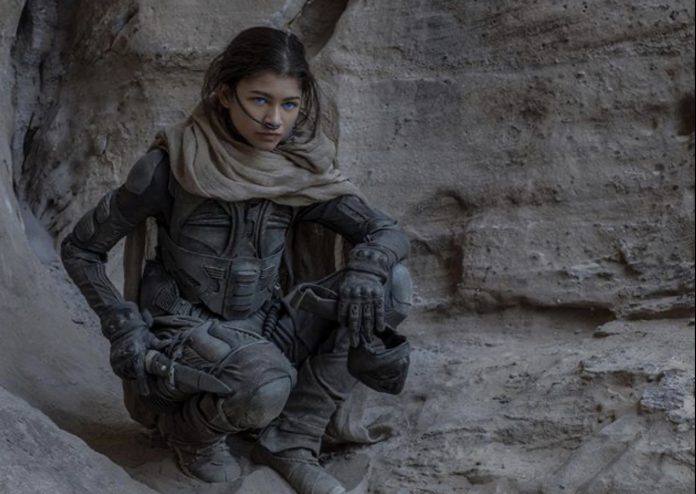 Link to Report via Vuluture.com

“Warner Bros. and Legendary Pictures have delayed the release of “Dune,” the big-budget sci-fi epic from director Denis Villeneuve. It will no longer premiere on Dec. 18 and is now slated to debut in theaters on Oct. 1, 2021. A spokesperson for Warner Bros. declined to comment.”

Yes, you read that title correctly. Not even Dr. Stephen (with a ph…D motherlovers!) Strange could have seen this in the one quintillion timelines he ran through before Thanos snapped his weird purple sausage fingers. Our French-Canadian god, Dennis Villenueve, has officially had his latest cinema-opus, Dune delayed until next year.

But then again, next year isn’t even that far away, right? We’ve been stuck in our respective homes, living like mole people, for so long that we’re nearly at the end of this suckbag of a year already.

Oh, it’s not hitting theaters until OCTOBER of next year?!

Listen, I’m a rational man. I know that COVID is a fickle mistress that has caused much greater traumas than the delayed release of our latest gift from Denny V., but for the life of me, I can’t think of one off the top of my head.

Death, the sudden decline of the world economy, weird-ass heroin fiends telling you about how they have a “guy” on the inside working for the CIA that told them this is all a hoax; all of that can be overcome with a little hard work and “can do” attitude. But taking away the next great generational actor, Mr. Tim-o-tay Shall-I-may, and Zendaya falling in love in desert sands? Fighting an oppressive intergalactic government with the help of Aquaman? Ya done gone too far Covid, much too far. Get me on the next plane to wherever the hell the CDC is bunkering down and get me some test tubes ASAP.

Am I an infectious disease specialist? No. But you know when major league managers get down 18 runs in a game and say “screw it” and put in the position player to pitch? Well dammit, I’m the second baseman taking the bump, and I’m ready to toss 67 MPH by this weak ass COVID lineup*. If it means that we get a Denny V flick in a timeframe I can actually live with and not when my body has withered away from 18 plus months in lockdown, I’ll buckle down and find us the cure we deserve…but probably not the one we need.

Spinzone is I guess it’s time to read the book. Let’s get after it, nerds.

*Yes, I’m aware this joke passed over a few heads, my mistake, I’ll work to do better next time.