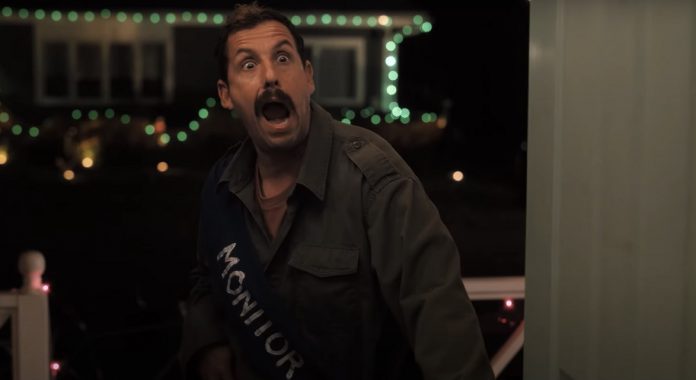 It doesn’t take much to impress ole’ Frisco: A cold Miller Lite, a Juan Soto dinger, listening to the Dead’s Peggy-O while taking a fall evening walk. It’s the simple things that keep my juices flowing (all the juices). However, there is one simple constant that has brought nothing but joy to my life — Adam Richard Sandler.

From the day my Dad took me to go see Big Daddy on my 7th birthday, I was hooked. “Hip, Hip Hop, Hip Hop anonymous?” = height of comedy for 1999 Frisco.

You know you felt the same way. Sandler’s comedy was so stupid, you couldn’t help but laugh.

First off, where do you come off calling me Frisky baby?

Second, if you really think about it, you’re f**king wrong. The comedy in Sandler’s movies has remained the same. It’s called stupid 2nd-grade humor made by adults. The jokes in Billy Madison are just as ridiculous as the ones in Hubie Halloween (which I will get to in a moment). America has looked past the fact that Sandler has provided quality childish laughs for decades. So I’m taking matters into my own hands.

Finally, someone who recognizes the service this man has given to us all. I had to create my own damn award. You all should be ashamed. Look at this damn thing:

If you are able to bring a huge cast of celebrities (some not even from the acting game) and make them all tell poop jokes, you deserve all the riches in the world.

So congrats to the Sandman for being the first winner for this prestigious award. Some will say you are the founding father of the Frisky award. May your dedication inspire others. So say “f**k the haters” and do great things.

Tony Frisco on the Frisky Award