Home Lifestyle Bring Back the Quesarito: A Plea From a Desperate Man
Lifestyle

Bring Back the Quesarito: A Plea From a Desperate Man 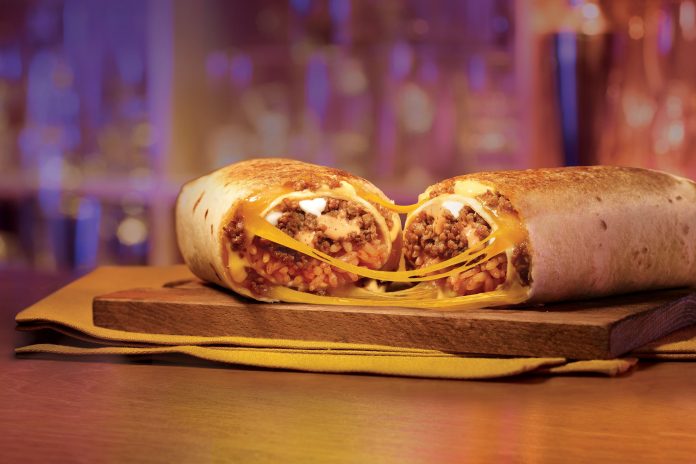 When the history books are written, the worst aspect of 2020 will surely be hotly debated. Was it the COVID-19 pandemic that forced citizens to isolate in their homes for months on end? Perhaps it was the raging wildfires destroying the forests of the West Coast. Maybe it was being on the brink of an all-out race war after the conflicts between BLM protesters and police. Depending on your political leanings, some might cite the winner of the 2020 presidential election. No. All of these things pale in comparison to the worst event that has happened in 2020, and, not to be hyperbolic, but quite possibly the worst thing that has happened throughout the history of mankind. On August 13, 2020, a day that will surely live in infamy, Taco Bell removed the Quesarito from their menu.

Why Is This Happening to Me!?

Most of these, aside from the Beefy Fritos Burritos, were not things on my typical Taco Bell order and thus, I don’t give two greasy shits about them. Does it suck that Taco Bell limited their menu? Sure, but no skin off my ass, right?

That was until I saw that this list also included all versions of the Quesarito. I’ll admit, when the Quesarito first arrived on the scene, even I thought we were flying a little close to the Sun. This feeling stuck with me for about a day or two until I bit into one of these bad boys.

More Than a Menu Item…

From the first day I tried a Quesarito, the melty cheese and low-quality steak and me hooked. It instantly embedded itself as a go-to item on every Taco Bell order I made over the next few years, and believe me, there were a lot of them.

Are Quesaritoes healthy? No. You know this. I know this. We all know this. Should it change my relationship with Taco Bell? Probably not. But imagine you had a girlfriend, and you really got along well with her dog. You told people how great this dog was. You thought that you’d all be together and one big happy family forever. Then one day, she just decided to get rid of said dog. Wouldn’t you feel betrayed? Wouldn’t it be a slap in the face? That’s what Taco Bell just did to fat people, like me, all around the country. They took our lil puppers away.

Taco Bell still allows you to order Quesaritoes using the app, but who orders their fast food on an app? Even I’m not that fat. This enrages me even further because it means that Taco Bell has retained all ingredients necessary to construct a Quesarito, they just don’t want to anymore. Fuck you Taco Bell.

They have other stuff on their menu…I guess. Taco Bell used to have such an innovative menu that I, only sort of jokingly, told people that I wanted to work with their creative team because clearly, it was full of geniuses. Now they tried to roll out a Stacker, which is basically just a quesadilla folded in half. I could do this on my own. A once beacon of hope is now pissing in our faces and telling us it is raining.

I’m still going to continue to eat at Taco Bell because, as mentioned earlier, I’m a fat person, but I’m not going to be near as happy about it. You shouldn’t be either.

FROM THE DESK OF THE CHIEF EXECUTIVE OFFICER: Today, I decided I would show my support towards “A Couple”...
Read more
Lifestyle

Let me paint you a picture. Nicole and I just finished up an amazing homemade dinner (steak, veggies, and rice) and it...
Read more
Lifestyle