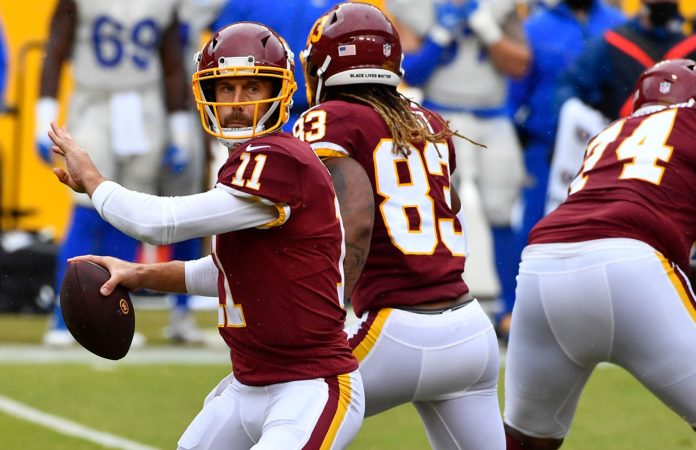 For the people who know me or play Madden against me, they know I love (LOVE) to get behind a good story and if it’s a comeback or even an underdog story, forget about it. As of October 11th, Alex Smith has become the most recent great comeback stories in sports.

Fast forward 13 years after a decent career in both San Francisco and Washington, Alex Smith suffered one of the worst leg injuries in NFL history. It would even make Joe Theismann cringe. And what was ironic about this injury, it was done in the same city where Lawrence Taylor ended Theismann’s career with a leg injury! I mean you can’t make that stuff up! Ok Ok, I know…some of you might be saying, too soon or c’mon man but I only speak facts so suck it up and keep reading.

Smith broke his tibia and fibula in his right leg. For those people, like me, who had to Google those bones to fully understand the injury; it’s the shinbone and calf bone. His doctors had fears that Smith could lose his leg and potentially his life. HIS LIFE?!? From a football related leg injury!?! That’s how severe this leg injury was for Smith. Smith would then undergo 17 different surgeries because on top of the broken shinbone and calf bone, Smith had an infection in his leg. But against all odds, and these were odds even I wouldn’t bet on to try and catch up after a weekend losses, Smith vowed he would return to the field.

Sunday, October 11th, there was something special in the air in Washington. I have to laugh to myself about that statement and I shouldn’t but you will see why. Dwayne Haskins, former starting Quarterback for the Washington Football Team, was benched during the Baltimore Washington game for backup Kyle Allen. Kyle Allen was listed as the started for the Washington Football Team with Dwayne Haskins as the backup and Alex Smith as the 3rd string Quarterback. Late in the 2nd quarter, Kyle Allen took huge hit from Los Angeles Rams’ cornerback Jalen Ramsey. Like I’m talking about a “you got knock the f**k out” type of hit, which led to him leaving the game. So everyone believed, including Alex Smith’s wife and kids who were in attendance (which we will get to later), that Dwayne Haskins would enter the game as Washington’s Quarterback. BUT…BUT…BUT, Alex Smith was warming up!

After two broken legs, a potential leg and even life threatening infection, and 693 days, Alex Smith enter the game once again as Washington’s Quarterback. Oh, I should also mention that on August 29th, Smith was cleared to play 11 on 11 for the first time; so he has yet to be hit. This moment warmed my heart so much, it might have grown two sizes like the Grinch. And no, I don’t have a small heart. I’m a big heart guy, everyone knows that about me. So if it warmed my heart, I could only imagine how that moment felt for Alex Smith’s wife and kids. Seeing him take that first snap from Center Chase Roullier, throwing his first ball (not mention on his first play) to Running Back J.D. McKissic, and his first hit and sack by Los Angeles Rams’ superstar Aaron Donald. Absolutely remarkable. These are the moments and stories they make movies about. The rest of the game was like a dramatic movie. Sitting on the edge of your seat and holding your breath every time Smith didn’t hand the ball off. Thinking in your head, what the last conversation between Smith and his wife before he went to the stadium that special Sunday morning. I imagine it went something along line of: Hey honey, don’t feel like you have to come to the game today. Even if Kyle Allen gets hurt or benched, they’re going to bring back in their former 1st round pick Dwayne Haskins. I’m there to help coach these kids. Boy was he wrong!

Smith played the remaining minutes of the second quarter and the rest of the second half. Even though the Washington Football Team lost to the Los Angeles Rams 30 to 10, Smith played decent, given his circumstances, completing 9/17 for 37 yards. And what was more impressive, bouncing back like a young rookie from 6 sacks.

What a story. What a Sunday. Excited to see if Alex Smith will be able to take any additional snaps going forward for the Washington Football Team.